Our team is right here to assist you

Western India Institute of Aeronautics Pvt. Ltd.(WIIA) has been growing at remarkable speed since 2004, located in Ahmedabad, Gujarat and is recognized as one of India's best Institutes of Aviation courses. We focus on providing the best training and certificate courses for our students. WIIA provides an Aircraft Maintenance Engineering course approved by the Directorate General of Civil Aviation (DGCA), Ministry of Civil Aviation, Government of India, and other skill development courses in the Aviation field with the latest technology and systems. WIIA also offers B.Sc (Honours) in Aircraft Maintenance associated in association with Indus University.

Students at WIIA are trained with the knowledge and skills required to succeed in the aviation sector with a group of highly qualified and highly experienced experts from industry. The faculty of our Institute provide their best in providing quality education and learning to the students. WIIA is the only Aviation Institute in India to have its own Boeing 737-200 Aircraft on campus for providing best theoretical and practical knowledge to the students. We at WIIA believe that an industry-ready student makes a great professional. We equip our teaching labs with the latest equipment, maintenance technologies & methodologies necessary for practical field maintenance of different Aircraft types

To impart quality education to achieve excellence in teaching-learning and research, We at WIIA offer a vibrant environment for the holistic development of the students as valuable global students. We endeavor to convey the latest technology and education from across the world to deliver the latest to our students.

WIIA is not only an academic institute, but a place where students can express their needs and we as a hole can help them guide their future in Aviation.

WIIA believes in providing the most excellent training in the Aviation field for student’s holistic development. We have a highly experienced faculty and aviation experts from the aviation industry and alumni to help the student in guiding their future. The professional training and placement part provides soft skill training and workforce solutions with assistance and internships for all different layers of the Aviation sector.

We are recognized for our high professionalism and providing a quality workforce in the aviation industry, creating opportunities through the fusion of advanced training, interactive education and real-time marketability. We combine innovative thinking and insight with the evolution of learning concepts. We attract creative minds and provide the environment to promote innovative and entrepreneurial thought, resulting in ground-breaking ideas that open career opportunities.

WIIA have Boeing 737-200 fitted with Pratt & Whitney JT8D-17 (Axial Flow, Turbo fan Engine), all Instruments, APU, Controls, Emergency Door and Cargo Door, in their original condition for the practical training. This Boeing provides training to the Aircraft Maintenance Engineering & Hospitality Management students. Students get hands-on experience with a Jumbo Format of aircraft equipment, giving them an extra edge in the Global Aviation Industry 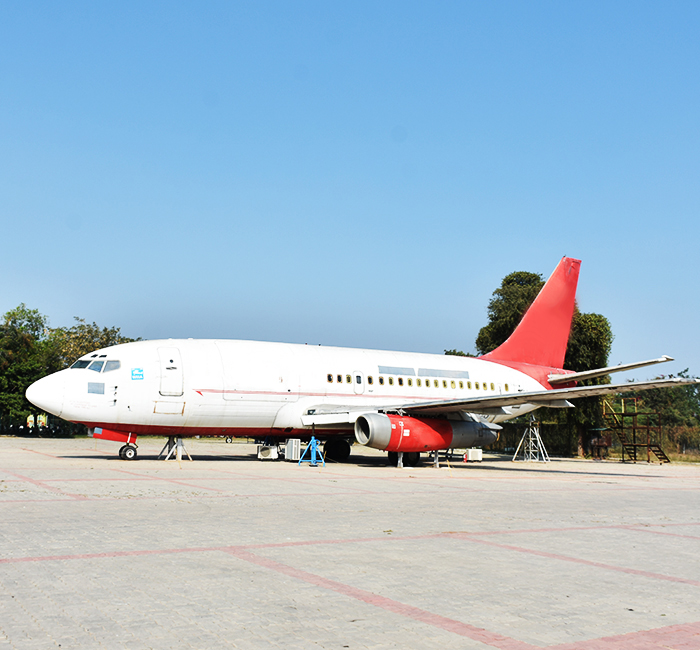 WIIA is a proud owner of Boogie type Landing Gear of actual aircraft Boeing 747-200 for practical training of the students. Arrangement of removal and installation of Landing Gear, Brake Unit and different accessories parts of the Landing Gear.

Think you fly in hot weather conditions. WIIA have Air Cycle system Air Conditioning system of Boeing 747 aircraft. They understand, dismantle and maintain them to its original condition so that you fly in cool mind. 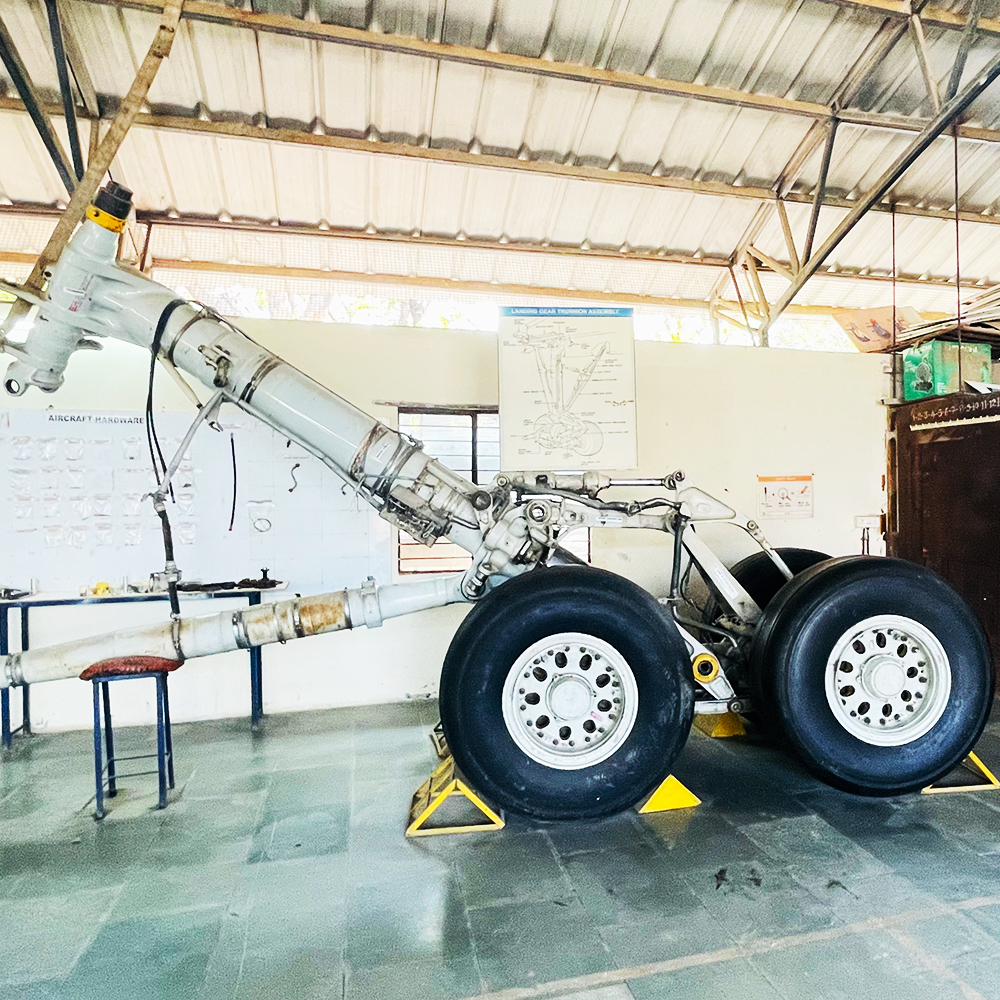 Imagine getting to work with live engines, dismantling them, bolting them and getting a live feel. This is what students would do in actual workshops at MROs. Turbo Shaft Engine & Turbo Jet Engine are in dismantle, mounted and proper cross-section view for demonstration & practical use of the students. Motor Operated SU-7 engine to quickly understand the working principle of the different parts of the engine. 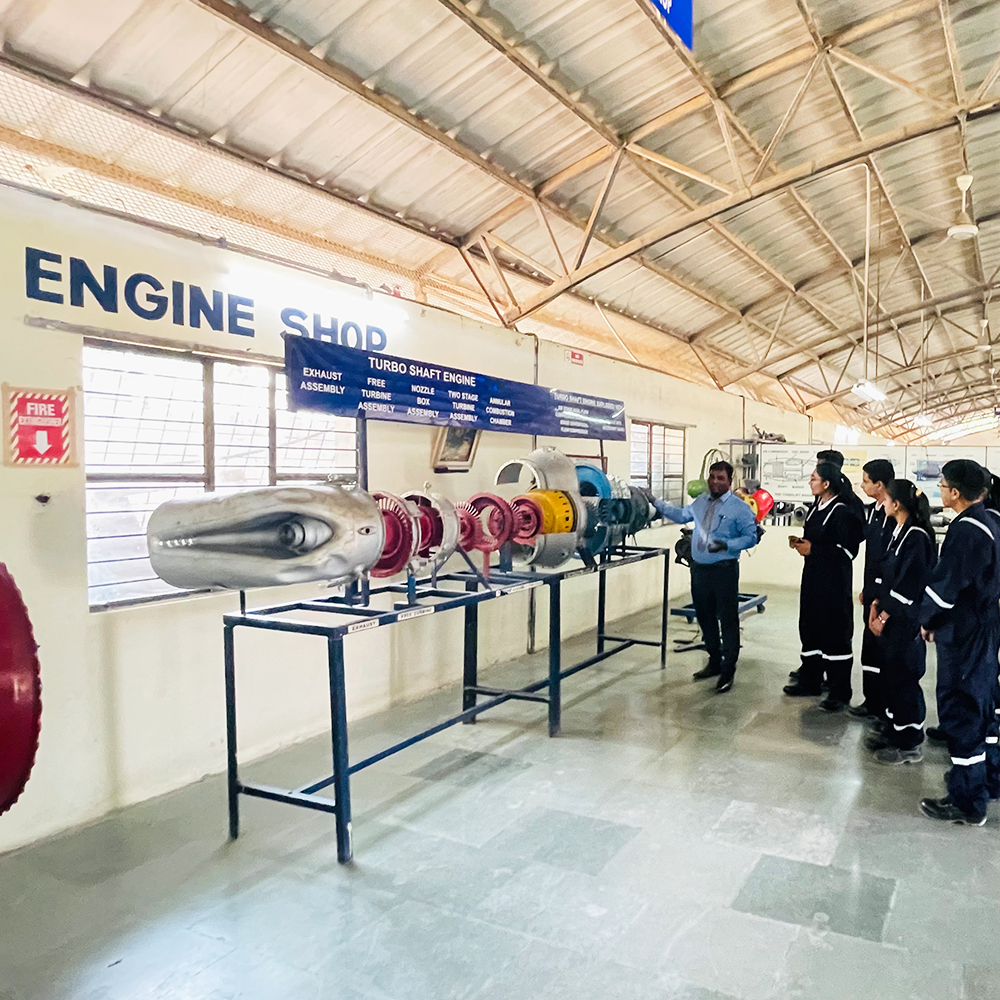 The Institute owns a Aircraft Zenith CH-2000 fitted with Piston Engine (Lyc-O-235) with all systems in working condition for demonstration purpose of WIIA students. 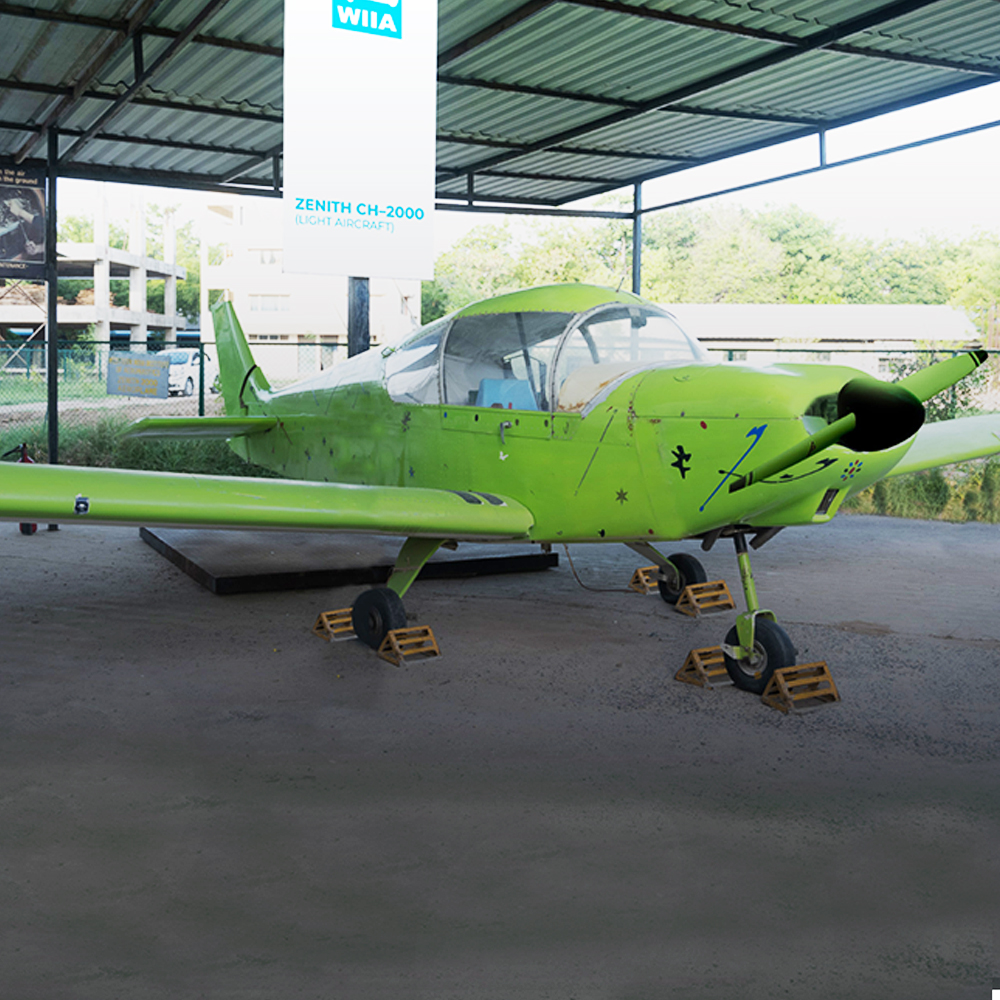 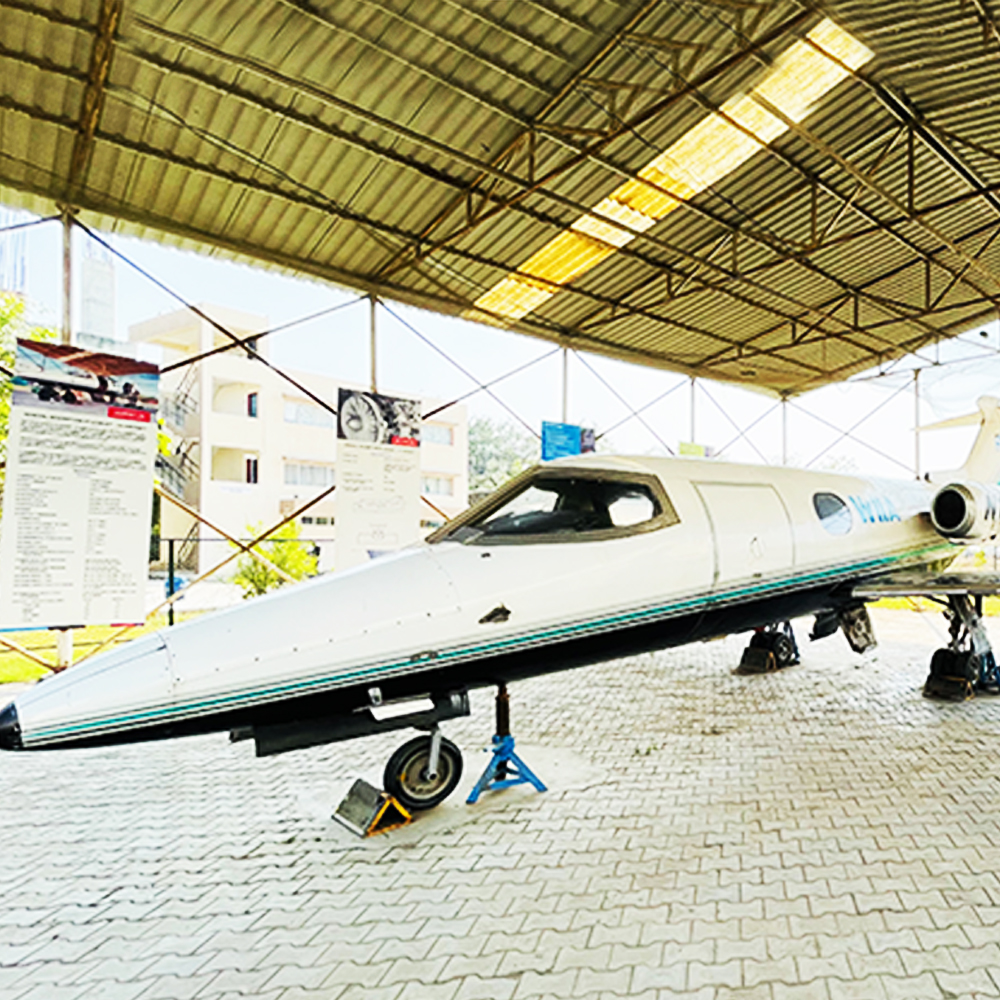 MIG 21 is a supersonic jet fighter plane invented by the Mikoyan-Gurevich design agency in the Soviet Union.

Around sixty countries have flown the MIG-21, and it still works in many nations in the six decades after its maiden flight. MIG-21 created aviation records and became the most-produced supersonic jet aircraft in aviation history.

The AN-32 is essentially a re-engined AN-26. It is designed to face adverse weather conditions better than the original AN-26 and was declared at the May 1977 Paris Air Show. The AN-32 is separated from its predecessor by engines raised 1.5 m above the wing to avoid foreign object damage on rough, unprepared airstrips.

Antonov-12 is a 4 engine turboprop transport aircraft designed in the Soviet Union. AN-12 is the military version of the AN-10 and has many variants. For more than 30 years, the AN-12 was the official medium-range cargo of the Soviet Union air forces. A total of 1,248 were eventually built.

This is a supersonic fighter aircraft created by the Soviet Union in 1955. It was designed as a tactical, low-level dogfighter, but it wasn't good enough for that role. The SU-7 was advantageous in its simplicity, but its weaknesses included short-range and weapon load.

This helicopter is a medium twin-turbine helicopter, originally designed by the Soviet Union and currently produced by Russia. The MI-8 is used as an airborne command post, armed gunship, and observation platform apart from transport helicopters. The MI-8 is the world's most-produced helicopter used by over fifty countries.

'A student must have wholesome food if he/she wants to shine in the world.'

Food at the canteen is well cooked considering students and faculty members' different tastes and preferences. Steam boilers are used for cooking rice and vegetables, which helps maintain hygiene and quickens the cooking process. To ensure that the food is fresh, hygienic and delicious, food served at the canteen is examined regularly. The canteen has been divided into two parts: 1. Students and 2. Staff members. Being capacious, both can accommodate about 250 students and faculty members.

Understanding the value of a second home to non-native students, the hostel has all the essential amenities to offer. The list of the facilities provided includes:

Safe and secure transport service is available for the students and faculty members. The vehicle includes buses, which run on specific routes covering more than 60% of Ahmedabad city. Other than private university buses, local buses are accessible to reach the campus.